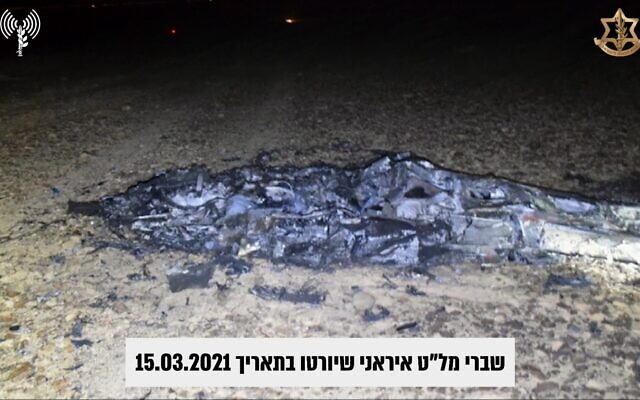 As officials in recent days have said a potential nuclear deal between Iran and world powers may be in the offing, the Israeli military today published fresh allegations regarding Tehran’s drone program. This included new footage of Israeli planes downing several Iranian unmanned aircraft.

On Sunday evening, the Israel Defense Forces announced that for the first time, its F-35 jets downed two Iranian drones that were ferrying firearms on March 15 of last year. The military believes the drones were headed to terror operatives in the Gaza Strip and West Bank, based on their flight path, similar to the interception of another aircraft in 2018.

As the negotiations in Vienna seem to be on their way to giving Iran rewards in return for nothing, Israel must remain on high alert. All indications are that Israel is the sole entity responsible for its defense against threats by Iran. There is no reason to wait for nor expect any other country to help Israel defend itself.