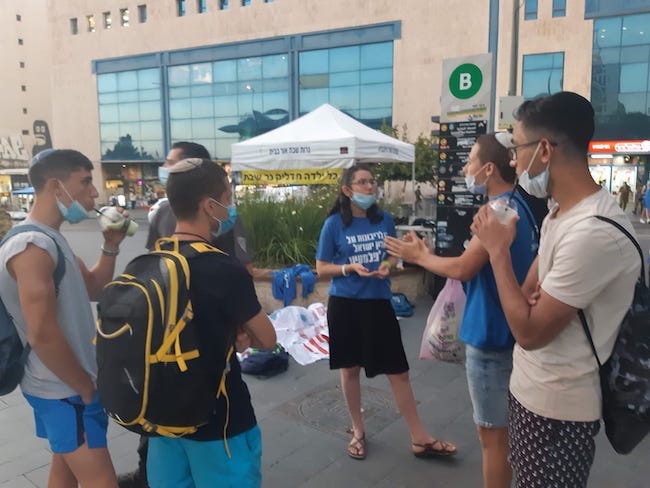 In the past few days, more than a thousand young people from all parts of the Land have signed a petition calling on the Prime Minister Benjamin Netanyahu to apply Israeli Sovereignty over Judea and Samaria without recognizing a Palestinian state.

The petition signing campaign was organized by members of the Sovereignty Youth Movement. It was carried out recently at more than thirty hasbara booths scattered throughout Israel. At the booths, the youth held meetings and distributed material on the importance of Sovereignty as a national goal to realize the Zionist vision. Their discussions also emphasized the dangers of a Palestinian state to the existence and security of the State of Israel.

Source:
A Thousand Youths to the Prime Minister: Sovereignty without a Palestinian State, by Sovereignty Movement. Ribonut – July 6, 2020