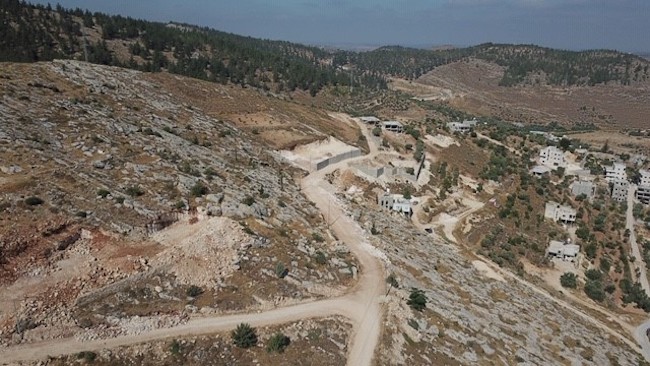 The announcement of the Trump Administration’s Deal of the Century has sparked a Palestinian Authority “construction race” in areas designated for Israeli Sovereignty in Gush Etzion. Regavim has petitioned the court against the inaction of the Defense Ministry and Civil Administration.

Regavim’s recently filed petition focuses on Kfar Nahlin, near Rosh Tzurim in Gush Etzion. Since the roll-out of President Trump’s “Vision for Peace to Prosperity,” an intensive Palestinian Authority effort has been underway to create facts on the ground through illegal construction on Israeli state land adjacent to the village. Recent projects include construction of new buildings and extensive infrastructure work.

Gush Etzion’s Regional Council head Shlomo Ne’eman added: “There’s a storm raging in this region. From the beginning of the corona epidemic we have been sounding the alarm against the Palestinian Authority’s hostile takeover of state land. Now that Sovereignty is approaching, the Arab race to plunder land throughout Gush Etzion has accelerated. It is inconceivable that the State of Israel has not put a stop to this illegal activity.”