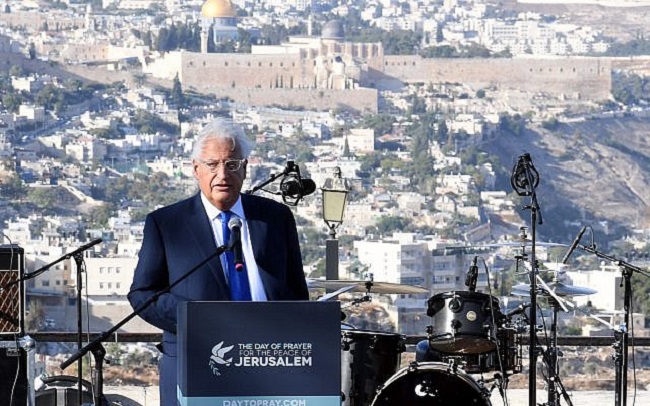 Addressing a rally of pro-Israel Evangelicals yesterday, US Ambassador to Israel David Friedman hailed the recently inaugurated Pilgrimage Road. This is a new archaeological site in Jerusalem’s City of David that lies underneath the Palestinian neighborhood of Silwan, as a “once in a century discovery.” It also proves beyond any doubt the existence of the Jewish Temple in the city.

What keeps Israel safe? One would think armed troops and bombs, but not quite, according to Amb. Friedman. Instead he tells the audience that it is Israel’s history – a history that stands for shared values, beliefs and having goals. Standing for something keeps Israel grounded. To lose all of this is to lose safety and security.

“Jerusalem does not only move us spiritually. It literally keeps us safe,” Let me be clear about an important point: no quantity of bombs or fighter jets or troops really guarantees anyone’s security.”