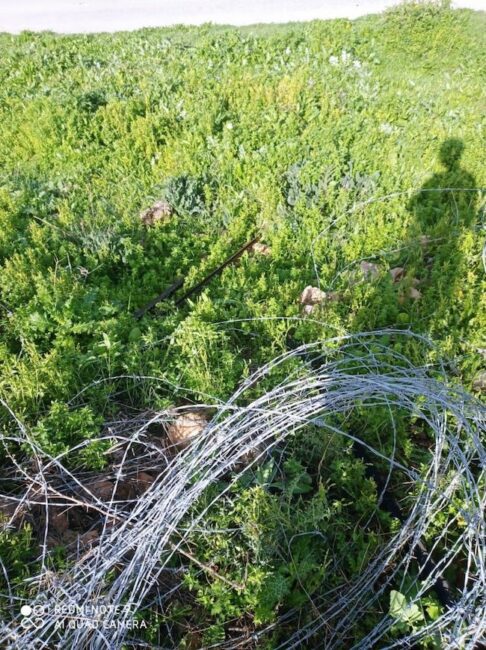 A group of about 20 activists of the left-wing Combatants for Peace movement arrived in the Hemdat area of ​​the Jordan Valley on Saturday to harass local Israeli farmers.

They cut a 500-meter-long barbed wire fence and hung signs in its place. After a resident of the area identified the vandalism and called the police, forces arrived on the scene.

A complaint was filed against the vandals.

Combatants for Peace activists have been recorded inciting violence against Israelis. One activist encouraged a third intifada. Another one was documented accusing Israelis in Judea and Samaria of causing cancerous diseases in the Arab villages, as they flow their sewage, transport pigs in trucks and more.

The DMU Project, an organization that monitors anti-Israel activities, said that incidents of Israeli anarchists harassing the residents of the Jordan Valley have become commonplace.

“We have warned many times about illegal actions carried out by the Combatants for Peace organization in the Jordan Valley and other places in Judea and Samaria. The case today is particularly serious, and it is an escalation,” DMU stated.

“Combatants for Peace prides itself on committing vandalism and agricultural crime under the auspices of an ideological act. The authorities must handle the case severely and take action against the recurrence of the case and the organization must compensate for the damage it has done,” DMU demanded.