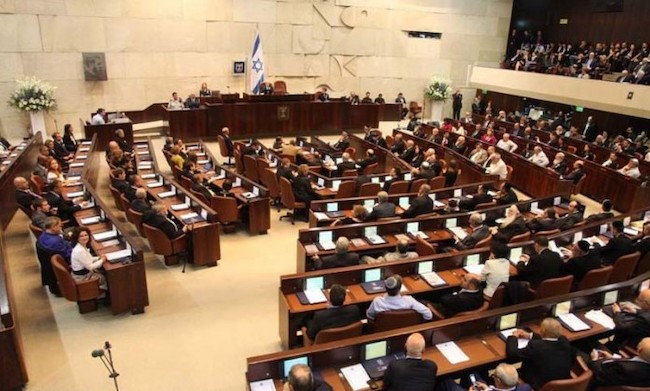 The Judea and Samaria Law presented by New Hope Justice Minister Gideon Sa’ar and supported by the coalition, fell Monday night in a vote of 58 to 52.

The law which expires at the end of this month would have continued to give the State of Israel jurisdiction over Israeli citizens living in “Area C” of Judea and Samaria thus giving them the same rights and responsibilities as Jews living anywhere in Israel. The law, which has been approved and reauthorized every five years since 1967, also affects law enforcement in Jewish communities in the region.

There will be attempts to fast track the bill again over the next few weeks, as well to find workarounds via the army. Prime Minister Naftali Bennett said he would keep bringing the bill to the Knesset until it passes.

Not passing this bill is a significant indicator that the coalition, while technically still in existence, has fallen apart. MK Bezalel Smotrich speaks truth: “A coalition that cannot pass its bills and is artificially respirated by Ahmad Tibi and the Joint List is illegitimate and bound to fall. Residents of Judea and Samaria are strong and understand the importance of bringing down the anti-Zionist government.” Saar, who introduced the bill. has characterized it as a referendum on the ability of the coalition to govern.

We are no fan of the current coalition and would prefer to see a strong Zionist government in power that doesn’t go back on its promises. The Jewish Press article we sourced points out, “This could turn out be the opportunity to pass a sovereignty bill.” A failed vote for the Civil Administration to continue leaves Israel with few choices. The best, we believe, is to declare sovereignty, especially when one takes into account the very convincing allegations being made against the Civil Administration by Ad Kan (see video further below). We are hopeful for this outcome.