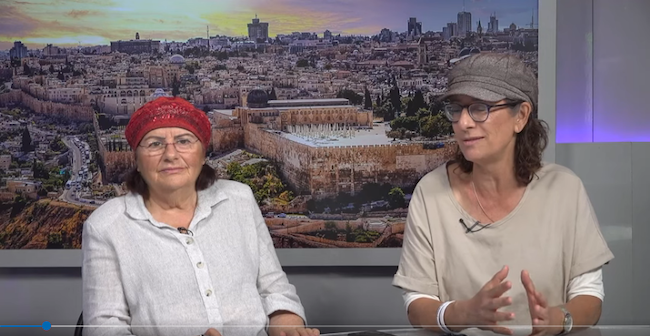 Yehudit Katsover and Nadia Matar of The Sovereignty Movement visited the Israel National News studio to discuss matters relating to the sovereignty of Jerusalem.

On the Biden admin’s attempt to open a PA consulate in Jerusalem, Matar explains: “Indeed, there were rumors that they’re claiming they’re reopening, so we checked it out… and what we understood is that [the State Department] had to make the statement that they continue to push for it but they also understand that with this government that they’re not going to be able to open a consulate.”

Matar went on to say that despite the US not being able to open a consulate we cannot rest easy. “The very fact that they don’t open a consulate doesn’t mean that Jerusalem is not in danger and that is the message that we want to pass on.”

Source:
Sovereignty Movement: Make Jerusalem a metropolis to save it, by Yoni Kempinski/Israel National News, June 7, 2022