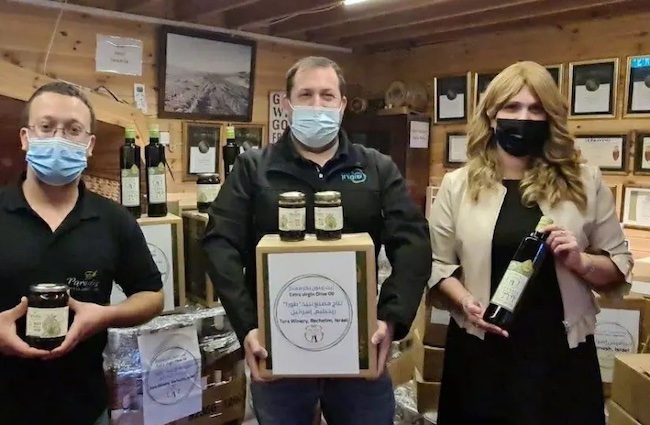 The Samaria Regional Council began exporting products made in its own communities to the United Arab Emirates on Sunday with labels stating that Israel is the country of origin.

A shipment of olive oil and honey from the Tura Winery in the Rehelim community and Paradise Honey in the Hermesh area will be exported.

“This is a historic day for Samaria and the entire State of Israel,” said Samaria Regional Council head Yossi Dagan, who was photographed holding a box that reads Tura Winery, Rehelim, Israel.

Samaria’s ability to export products to the UAE, which are treated as made in Israel items, is seen as a small step forward toward de facto Sovereignty and recognition that the Jewish communities of Judea and Samaria are indeed part of Israel.