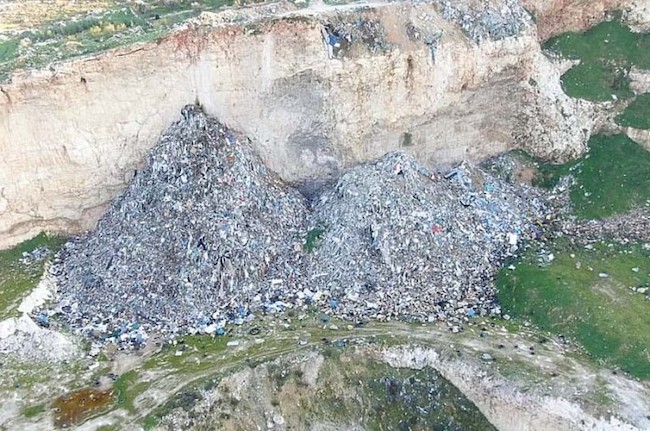 At the largest illegal dump in Judea and Samaria, untreated waste continues to pollute the entire ecosystem. Worst of all is that no indictments against the perpetrators have been issued.

Under the cover of the first corona shutdown, the Ramallah Municipality dumped thousands of truckloads of untreated refuse into an abandoned quarry at the headwaters of Nahal Makoch. The Civil Administration admits: Only three trucks were impounded, and no indictments were filed against the criminals. Regavim stated: “The mountain of waste remains, despite the Civil Administration’s claims to the contrary.”

“Almost a year has passed, and not one of the authorities responsible for dealing with hazards of this nature has taken responsibility,” said Eitan Melet, Regavim’s Field Coordinator for Judea and Samaria. “The criminals got off virtually scot-free, without any criminal indictments, no clean-up costs, no punitive fines – while the entire ecosystem is paying a heavy price.”

Why is this matter allowed to persist? Time is wasting away – no pun intended. An answer is needed now along with swift action to clean up this illegal dumping ground on Jewish owned land.