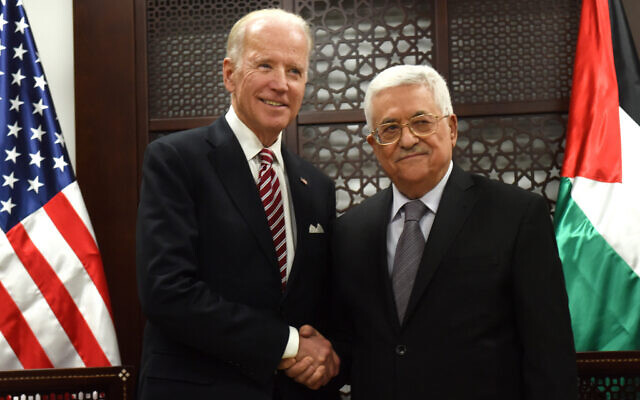 Former U.S. Ambassador to Israel David Friedman yesterday criticized Biden’s decision to improve U.S. ties with the Palestinians. He listed a host of reasons opposing the move, including corruption and incitement against Jews.

A day earlier, acting U.S. Ambassador to the United Nations Richard Mills told the Security Council that Biden plans on reopening the Palestinian diplomatic mission in Washington. Biden also plans to reinstate some aid to the Palestinians in a bid to restore “credible engagement” with them and work towards resurrecting the long-dead two-state solution.

Former US Ambassador to Israel David Friedman tweeted, “Not so fast guys! PLO mission in DC is against Federal law, Pals still paying terrorists and UNRWA is corrupt and incites hatred of Jews. Please don’t go there!”

Needless to say, AFSI does not applaud the Biden administration’s decision to restore ties with terrorists whose only goal is to wipe Israel off of the map. May Biden’s dream of resurrecting the delusional two-state solution remain dead and buried forever.

Separately, but certainly related, a senior US State Department official announced earlier this week that the Biden administration “embraces and champions” the International Holocaust Remembrance Alliance’s (IHRA) working definition of anti-Semitism. If Biden is to “embrace” this definition then he needs to have a better understanding of the PLO/PA goals to destroy Israel. Israel is a Jewish State where Jews live. Biden’s support of the PLO/PA cancels out any acceptance of the IHRA working definition of anti-Semitism.