Today’s Jerusalem Post contains an insightful article about America: American Society Headed Toward A Breaking Point. Here, the author Michael Laitman posits that America is on the way to becoming a totalitarian, fascistic society. The author claims that although liberalism in itself may be a noble idea, in practice, “a society cannot be vital and vibrant unless many different views vie against one another and in the process become polished and refined,” and America has become a society where contrary views are barely tolerated anymore.

Here are several key quotes from the article:

“…relentless attempts of the Democrats to sabotage Trump’s efforts to man key positions, the media’s slew of warped and made up stories purporting to prove the president’s incompetence.”

“…Obama and Clinton were the guardians of power for a small ruling elite that wants to dominate the US.”

“For generations, Jewish leaders taught their disciples that conflict of views is a means for finding the ideal solution and strengthening social cohesion…Yet, the American society has denied the legitimacy of “other parties.”

“Neoliberalism, which has destroyed Europe through immigration, and nearly destroyed the US by eliminating its middle class, has been the sole ruling agenda in the US for decades. It serves the interests of the small elite group of magnates who control the American economy, the media, and thereby the government, all the way up to the White House.”

“If the people driving the “liberal” agenda in Europe maintain control over their governments, it will not be long before Europe accepts Sharia law…And what they have done to Europe, they will continue in America.”

Donald Trump won the U.S. presidency for several reasons, among them, a groundswell of opposition to leftist elitism, represented by a smug and haughty press that promulgates opinion as fact, tells Americans what to think, ignores or sneers at traditional American values, and condescends to average Americans.

MSNBC commentator Mika Brzezinski, in replying to her co-host’s comment about President Trump, stated, “I think that the dangerous, you know, edges here are that he’s is trying to undermine the media, trying to make up his own facts. And it could be that, while unemployment and the economy worsens, he could have undermined the messaging so much that he can actually control exactly what people think.And that is our job.”

Brzezinski: Controlling What People Think ‘Is Our Job’

And the situation on college campuses is worsening. Traditionally, colleges have been bastions of free speech, where students learn how to learn, and are encouraged to think and express their thoughts. However, as is epitomized by growing anti-Israel activism (including intimidation and violence) where Jewish and pro-Israel students are cowed into silence, today’s campuses are becoming recruiting grounds for propaganda and group-think, where independent expressions of opinion and critical evaluation are discouraged and even penalized.

Incredibly, hundreds of college campuses across the country have instituted “Bias Response Teams”, which are staffed in some cases by police officers, student conduct administrators and public relations staff. Their task is to scrutinize the speech of activists and academics, for subversive or offensive speech, which of course, portends the end of free discourse and debate as protected by the First Amendment, on college campuses. 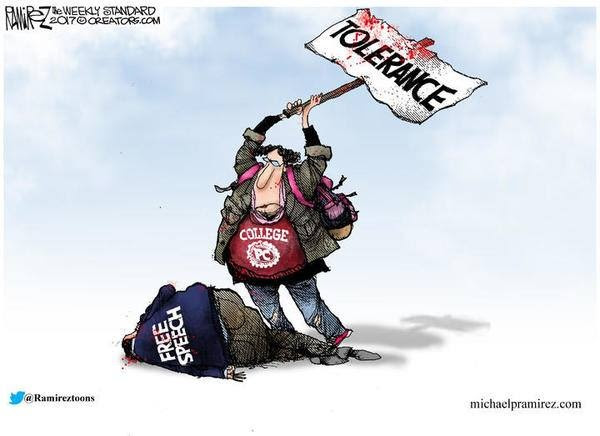 How ironic that leftists call Donald Trump Hitler, while at the same time they employ the tactics of totalitarian societies. Did somebody say, “1984?”

The current state of affairs in Israel, especially viewed from the spectrum of U.S./Israel relations under the Trump administration, will be reviewed in an open Q&A.

Hosted by Stephanie Dishal at her home in Prescott.

AFSI’s Scottsdale Chapter, under the leadership of Dr. Matthew Karlovsky, has arranged a meeting at the JCC. The event will provide a spirited discussion about AFSI’s positions through the years on issues affecting Israel and the U.S.

A video of a recent AFSI Chizuk mission will be shown. Everyone is invited.