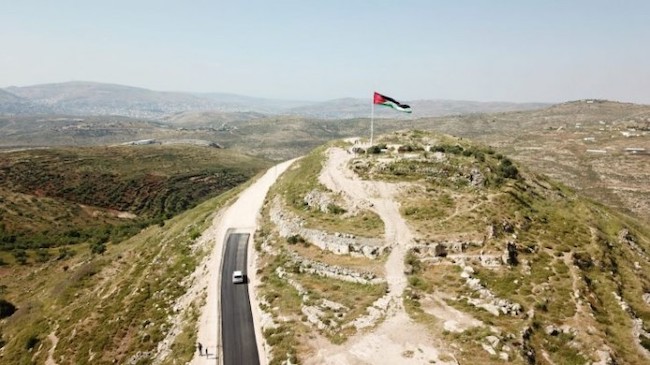 Leaders from Judea and Samaria and the political system issued a warning following an expose by the Ad Kan organization on the strategic threat to Area C. Conclusion: Israel is losing the battle for the control of Judea and Samaria to the Palestinian Authority’s grand plan to take it over illegally.

Ad Kan members conducted an undercover operation and disguised themselves as Arabs working for a Belgian news agency. They were successful in obtaining the PA’s grand plan to overtake Area C in Judea and Samaria through illegal construction projects, funded by the European Union (EU) and Arab countries.

“A well-oiled mechanism”
Ad Kan exposed that the PA is operating in the shadows together with the EU and the United Nations that have allocated about 3 billion euros for the construction of a Palestinian state and the construction of a new capital in Jerusalem. The process is in full swing and about 100 programs are taking shape in the field, unhindered. Ad Kan found that the EU “is pushing with all its might,” knowingly operating against the law and in contravention of the Oslo Accords, to build a Palestinian state.

The plan
“Isolate Israeli communities in Judea and Samaria and Jerusalem and establish a de facto terrorist state in the heart of Israel.”

Yisrael Ganz, head of the Binyamin Regional Council, described the findings as a “national state of emergency” and warned Israel is losing Judea and Samaria.

We remained outraged that we must continue to report on this matter. Israel’s government is still on unstable ground and so is the status of applying Sovereignty over Judea and Samaria. That is unacceptable.