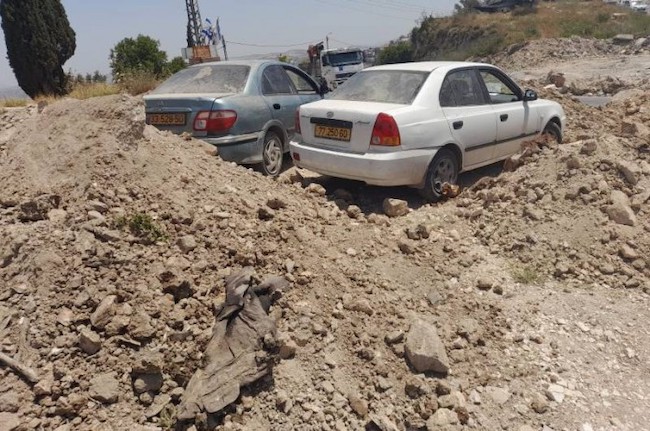 The defense ministry’s harassment of the Homesh Yeshiva continues as Minister Benny Gantz fights for his political future in the Knesset. Earlier this week an IDF bulldozer piled up dirt around the yeshiva’s parking lot overnight, blocking access to the lot. The bulldozer trapped several cars belonging to yeshiva staff and students.

The defense ministry also announced Wednesday that it began construction of a 45-kilometer, high tech security barrier in northern Samaria. Homesh, evacuated and cut off from Israel “proper” in 2005 on the whim of then-Prime Minister Ariel Sharon, will be on the wrong side of this wall. Millions will be invested in securing a largely isolated area of northern Samaria while holes in the security fence near major Israeli communities are big enough for thousands of illegal Arabs and their cars to get through.

The continued demoralizing treatment of Homesh is shameful. It pains us to admit that Israel’s biggest enemy in this case comes from within. We choose to remain positive and have our eye on a new coalition forming either soon or through new elections in September. We pray Israelis elect a prime minister who together with a new cabinet can treat Homesh properly – as the legally owned land under Israeli sovereignty that it is.