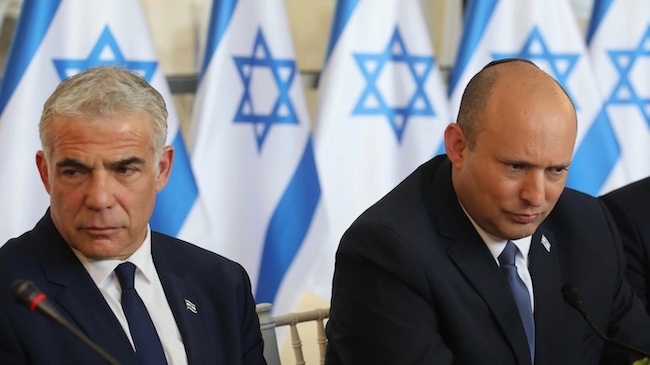 Although the Knesset approved the first of four votes on Wednesday to voluntarily disband, rebel Yamina MK Nir Orbach has now halted the dispersal process until Monday. This gives the Likud-led opposition time to form an alternative coalition and avoid snap elections.

Orbach was the last MK to depart the coalition saying he would work towards forming an alternative coalition within the current Knesset. Elements of the opposition and of Bennett’s Yamina party are actively working to create a new, immediate right-wing coalition but it’s unlikely that they’ll successfully muster the threshold number of 61 MKs necessary to swap out the government without new elections. Some MK’s are courting other MK’s to come up with a novel solution while others are preparing for new elections.

As elections are likely to yield the same results as the previous recent ones have, we would like to see the situation ameliorated without resorting to that. Using his position in the current government, Orbach can hold back the next elections until Monday. Let us hope that reason will prevail and a strong Zionist government can be formed without the wasted time and money of new elections.

Ronn Torossian’s Arutz Sheva OpEd sums up best what needs to happen in this process. David Ben Gurion famously once said: “When Israel has prostitutes and thieves, we’ll be a state just like any other.” Ben Gurion wanted normalization for the Jewish people and his quote suggested a sign of normalcy would be that the State of Israel had criminals and streetwalkers like other countries. It’s a sign of normalcy too that Israel existed the last year without Netanyahu in charge. Torossian concludes, “But maybe now people who care should try to change the system to ensure that Israel can thrive on stability.”

In order to thrive on stability, Israel’s Zionist values, strength and continuity must be restored. The Zionist mandate ensures Israel’s safety and survival. Without it, we can’t feel confident of a strong and robust future for the Jewish Nation State.

Now that Israel has prostitutes and thieves, it’s time for a functioning political system, by Ronn Torossian/Israel National News, June 23, 2022