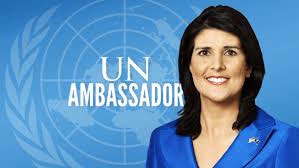 President Trump may have made some questionable appointments during his first two months in office, but one can only have glowing words for the new US Ambassador to the UN, Nikki Haley. Haley hit the ground running, letting the world know that she was no pushover. At the AIPAC conference in Washington DC yesterday, Ambassador Haley was asked how the United States can help change the culture at the UN. Her response is one for the books:

“The United States tells them what we’re not going to put up with. We start to change the culture to what we should be talking about and then we actually act on what we say.”

“I wear heels. It’s not for a fashion statement. It’s because if I see something wrong, we’re going to kick them every single time.”

“We are kicking by number one, putting everybody on notice. Saying that if you have our back, we’re going to have the backs of our friends, but our friends need to have our backs too. “

She continued by declaring that the days of Israel bashing are “over.”

“There are a lot of threats to peace and security, but you are not going to take our number one Democratic friend in the Middle East and beat up on them. And I think what you’re seeing is they’re all backing up a little bit, the Israel bashing is not as loud, they didn’t know exactly what I meant outside of giving the speech, so I showed them.”

Nikki Haley to the UN: ‘The Days of Israel Bashing Are Over’ 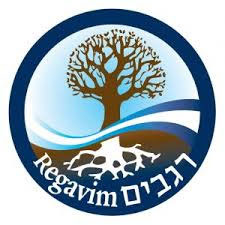 Another significant although less-publicized event yesterday, was one involving the Israeli organization Regavim. Regavim is an Israeli legal watchdog dedicated to safeguarding Israel’s national lands. They do so by identifying and taking action on illegal Arab building throughout the Land of Israel.

After decades of being on the receiving end of scores of anti-Israel UN resolutions hammering Israel with the lie that Jewish construction in eastern Jerusalem and Judea and Samaria is illegal, Regavim is suing the United Nations for illegal construction in Jerusalem!

As reported in Arutz Sheva:

According to Regavim: “In recent years the UN has taken advantage of its immunity by carrying out a series of illegal construction projects in the compound on property which is State owned.”

Meir Deutch, Regavim’s Director of Policy and Knesset Relations said, “if the tenant [the UN] doesn’t know how to behave it seems that the time has come for the government of the State of Israel to find a replacement tenant. It’s no secret the UN abuses Israel at every opportunity.”

Full article: Suit against UN for illegal construction in Jerusalem.

Thank you, Regavim for pursuing equal justice throughout Israel. It is about time that illegal land grabs and construction are challenged!