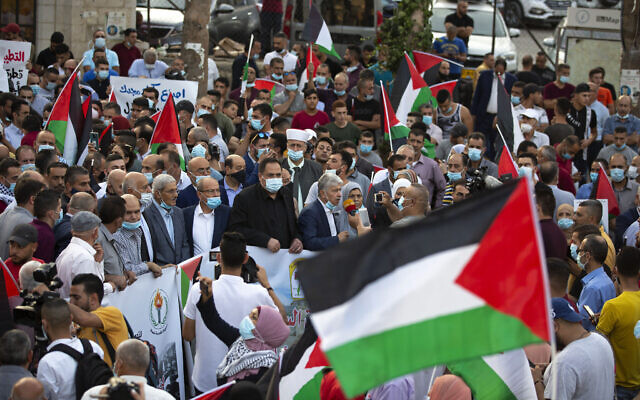 Two of Palestinian Authority President Mahmoud Abbas’s top advisers on negotiations with Israel urged in an editorial that Palestinians abandon their campaign for an independent state and instead aim for a “soft” sovereignty that would see Jordan and Egypt take over responsibility for border security affairs.

Writing in the latest edition of Foreign Affairs magazine, Hussein Agha and Ahmad Samih Khalidi said that the normalization deals between Arab states and Israel require that Palestinians rethink their approach to obtaining peace and statehood.

“The prospects of securing ‘hard’ sovereignty, based on nineteenth-century notions of the nation-state, with full and complete control over land, borders, and resources, are remote,” they wrote.

Palestinians may have to choose between the “self-defeating chimera of hard sovereignty” or “adopting softer versions,” they said.

Out-of-the box thinking is clearly warranted here. Palestinian attempts at diplomacy have repeatedly failed, time and again any peace talks have stalled, President Donald Trump brought together numerous Arab states into peace accords with Israel, and the PA keeps getting left behind. We look forward to seeing where this new way of thinking leads.