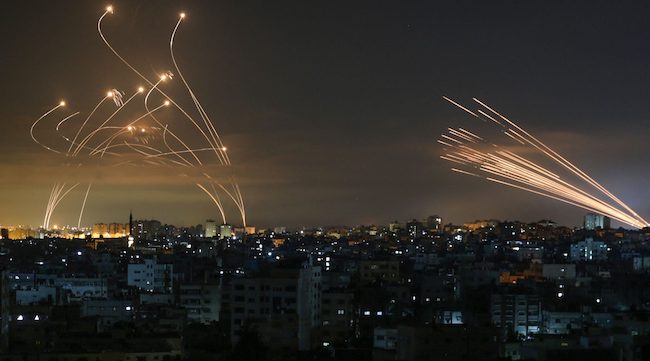 The temporary spending plan was approved 220 to 211 along party lines, with House Democrats backing the bill and Republicans uniting against it.

The bill was scheduled to go to the Senate for approval, though no timetable was set for a vote in the upper chamber. Majority Leader Steny Hoyer told Israel’s Foreign Minister and Alternate Prime Minister Yair Lapid on Tuesday the removal of the provision was a “technical delay.”

There are still allies on Israel’s side. US Congresswoman Rosa DeLauro (D-CT) introduced a bill for $1 billion for Israel’s Iron Dome missile defense on Wednesday, following the sum’s removal from a US budget bill. “The United States’ commitment to the security of our friend and ally Israel is ironclad. Replenishing interceptors used to protect Israel from attacks is our legal and moral responsibility,” she said in a statement.

AFSI is happy to report that the vote today for the DeLauro’s bill was in favor of funding the Iron Dome. The US House of Representatives today passed HR 5323, the Iron Dome Supplemental Appropriations Act. The bill passed 420-9.

Israel was being used as a political football again with the Democrats giving in to the demands of Progressive, Israel hating Congress members. When they do this – no matter what the political agenda or technical delay – it sends a negative message about Israel’s right to defend and secure herself. It also tarnishes the Democrats image of being the pro-Israel party in the United States. We thank those Congress members from both sides of the aisle who want to maintain a strong relationship between the US and Israel. They worked decisively and swiftly in defense of Israel to get the Iron Dome funding reintroduced and passed.