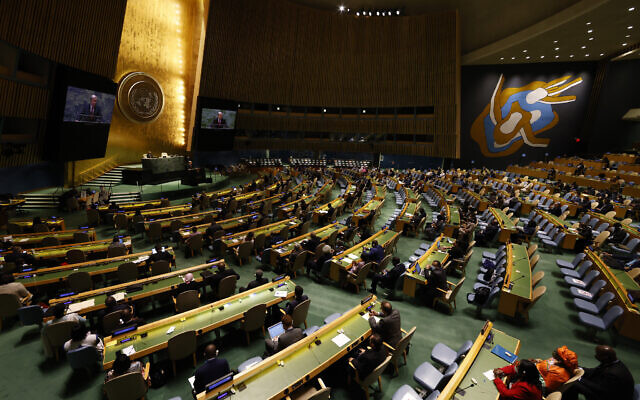 The United Nations General Assembly on Wednesday commemorated a landmark but contentious 2001 anti-racism conference that was accused of being anti-Semitic over its attitude towards Israel.

Israel and dozens of other nations boycotted the 20th anniversary commemoration event of the contentious Durban Conference in South Africa, amid worries that it would also feature attacks on the Jewish state. However, reports from the event indicated that Israel was not mentioned.

The UN pledged to redouble efforts to combat racism around the world. We’ve heard it before and are still waiting to see this happen. Words mean nothing without action.

Israeli Ambassador Gilad Erdan lambasted “the radical antisemitism” of the 2001 Durban Conference in remarks at a competing, virtual meeting organized by a professor at Touro College in New York.

At least 32 nations skipped the assembly’s event on Wednesday, by Israel’s count. AFSI thanks those 32 brave nations for standing side by side with Israel and for sending a clear message about the truth.