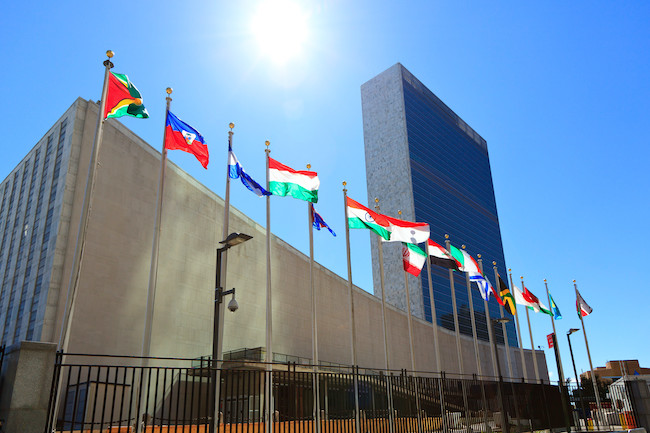 AFSI likes the Jerusalem Post Opinion piece by Israel’s Ambassador to the UN Gilad Erdan. In it, Erdan confronted the issues that matter and have been purposely overlooked for way too long.

With the paradigm between Israel and Arab states changing, will the UN change its ways too or cling to old habits, i.e. display hate for Israel in every way possible? Who holds the UN accountable for actions that go against its own charter?

Between Ambassador Erdan’s article AFSI featured earlier this month, and his piece here, could we finally come to see the UN held accountable as it should have been over the decades?

The United Nations General Assembly (UNGA) just concluded its 75th session. In his opening remarks, UN Secretary-General Antonio Guterres recalled that following World War II and the Holocaust, the UN stood as a beacon for a better world. As we now face another world-transforming crisis unlike any we have ever seen, it is worth considering: Does the UN deserve another 75 years?

It appears that between the various bloated and redundant agencies and offices, the ever-expanding secretariat, professional staff and crippling bureaucracy, the UN, as it currently stands, is institutionally incapable of adapting to new realities. It may be forever doomed to live in the past, a relic of a previous age.

Source:
Does the UN deserve another 75 years?, by Gilad Erdan Jerusalem Post, October 4, 2020