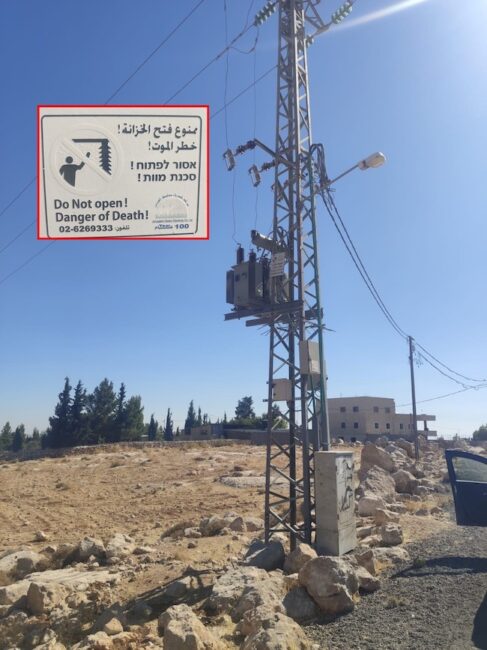 The Regavim movement has petitioned the Jerusalem District Court, after the Civil Administration refused to provide data on the extent of electricity connections apparently supplied by the East Jerusalem Electric Company, an Israeli subsidiary of the Israel Electric Company which is subject to Israeli law, for thousands of illegal Palestinian structures in Judea and Samaria.