The Orthodox Jewish Chamber of Commerce’s U.S.-Israel Business Alliance Mission with Mike Huckabee continues. Below are photos from the Mission. 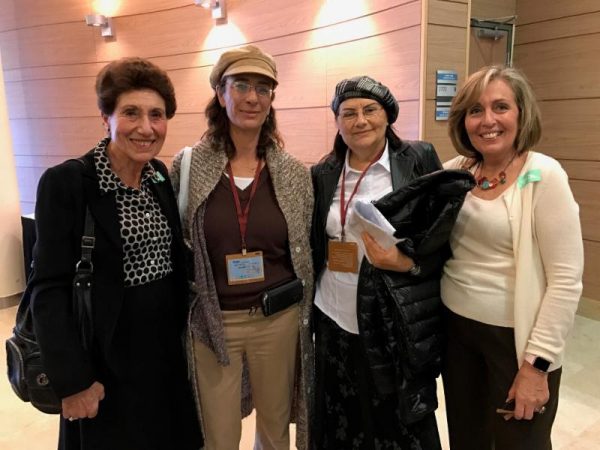 Helen Freedman and Judy Kadish with Nadia Matar and Yehudit Katzover from Women in Green;
at the Knesset for the Huckabee session 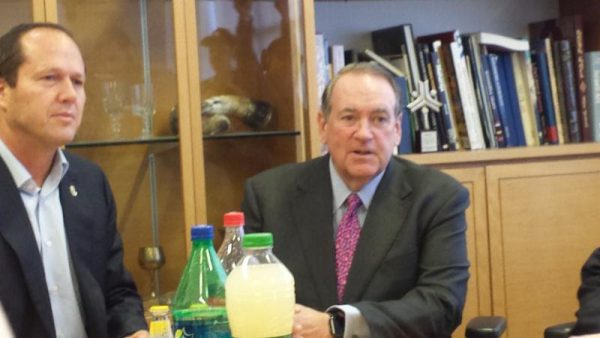 A visit to the mayor’s office in the Jerusalem Municipality with the Huckabee mission enabled many questions to be asked. Helen Freedman asked about the illegal Arab building in Yerushalayim. The Mayor replied that there are more than 20,000 illegal Arab buildings in the city and that much of the problem stemmed from the pressure from Obama. Policies of demolishing Arab homes and building Jewish homes were frozen. He is hopeful that there will be different situation under Trump. 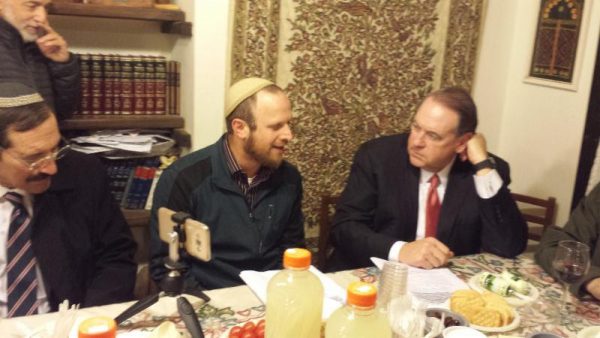 Mike Huckabee in Amona, where he heard impassioned pleas from the leaders of Amona regarding their plight.
Below: In the Wittenberg house in the old city of Jerusalem, looking out the window at the street, listening to famous Israeli singer Gad Elbaz sing while accompanied on the bass guitar by Huckabee; Gad photographed with Judy Kadish. 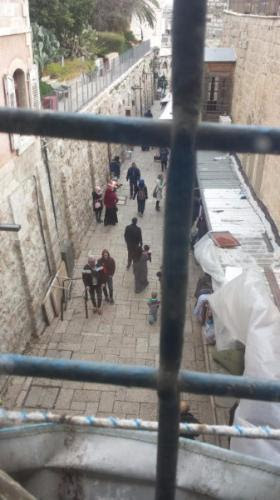 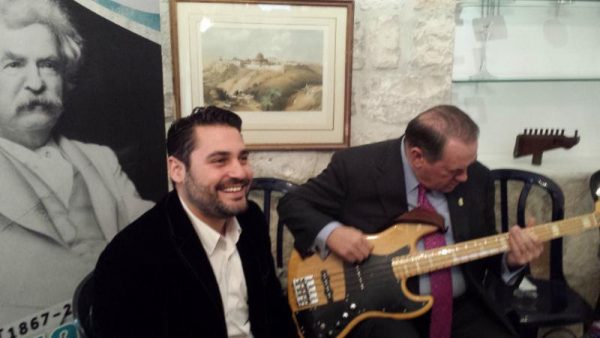 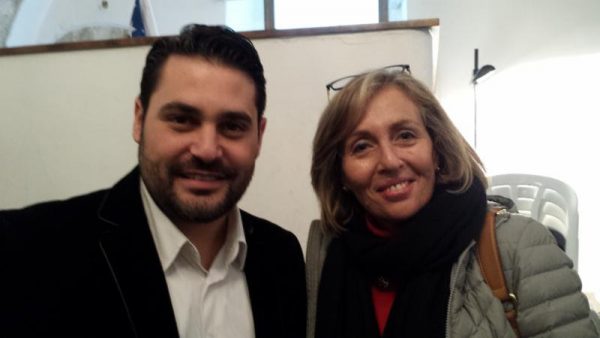 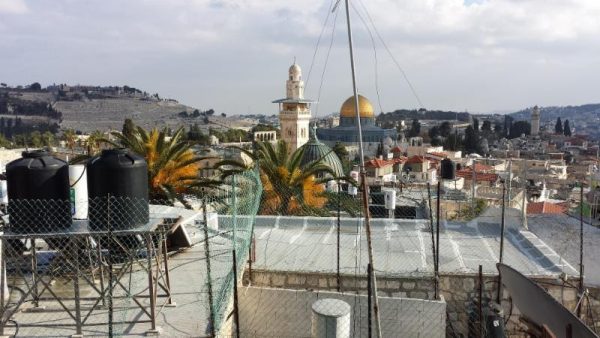 Old City of Yerushalayim from the rooftops
Click here for a video of the closing dinner/ceremony of the 2017 Orthodox Jewish Chamber of Commerce’s U.S.-Israel Business Alliance mission, featuring governor Mike Huckabee. 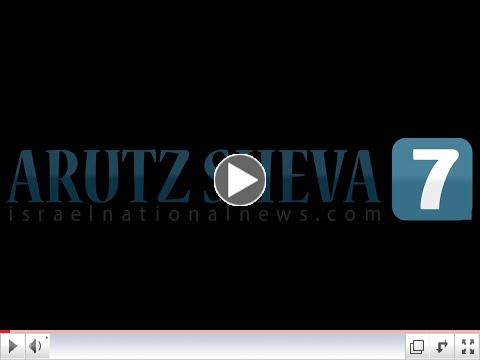