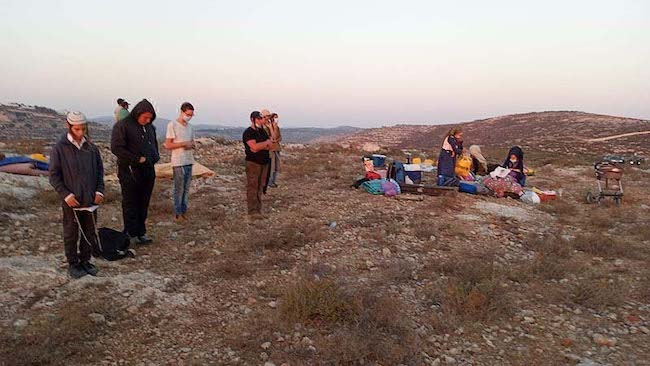 The new Jewish community in Binyamin, Ma’ale Shai was evacuated for the third time, and on Shabbat night. The community is in memory of Rabbi Shai Ohayon, z’l, who was murdered in Petah Tikva last week,

Residents said they begged not to be forced to travel on Shabbat, but to no avail.

The Jewish families were evacuated from the site along with about twenty supporters who came to spend Shabbat with them. The residents reported extreme violence on the part of IDF and Border Police soldiers during the evacuation, which included using pepper spray against them.

After the evacuation, local Arabs posted joyous videos from Ma’ale Shai on social media, with singing and clapping over the bonfires that burned down equipment belonging to Jewish homes.

This scene is all too familiar. It reminds us of the awful days back in 2005, still fresh in our memory, of the expulsion of the Jews of Gush Katif from their rightful homes. This would not have happened had Sovereignty been applied properly.