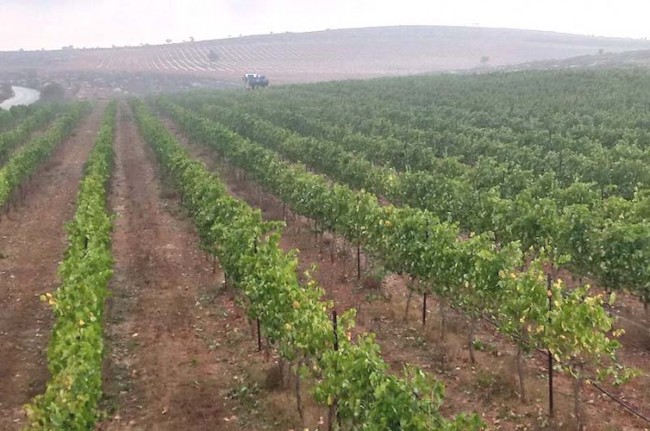 Border Police and Israel Police commanders on Wednesday conducted a preparatory tour ahead of the uprooting of the vineyards owned by Achiya Farm in the Shiloh Valley. The uprooting is due to take place in the coming days following a High Court ruling. Residents of Gush Shilo are calling on the public to “get ready for D Day,” and show up to fight the destruction.

Achiya Farm appealed to Defense Minister Benny Gantz asking to reach a compromise according to which the 42 acres of plants would be moved to alternative land after the end of the Shmita year that starts September 7 (planting and replanting are forbidden during the shmita year ). The High Court approved this option, but Defense Minister Benny Gantz is refusing the compromise proposal.

Activist Amishav Melt who lives in Gush Shilo and is one of the leaders of the campaign to stop the uprooting and stated, “The planned destruction of the vineyards is part of the war over sovereignty that’s taking place these days.” He warned that “anyone attempting to present the destruction as a ‘legal problem’ that will be resolved if only the vineyards are relocated or the owners receive increased compensation, evades the overall campaign taking place in the territories of Judea and Samaria – and will wake up one day to find himself in a sovereign Palestinian state that has been established in the abandoned territories of Judea and Samaria.”

Even though Arab petitioners have not proved land ownership, about half of Achiya Farm will be uprooted because of a draconian order invented by Civil Administration lawyers – one that everyone admits it is blatantly immoral.