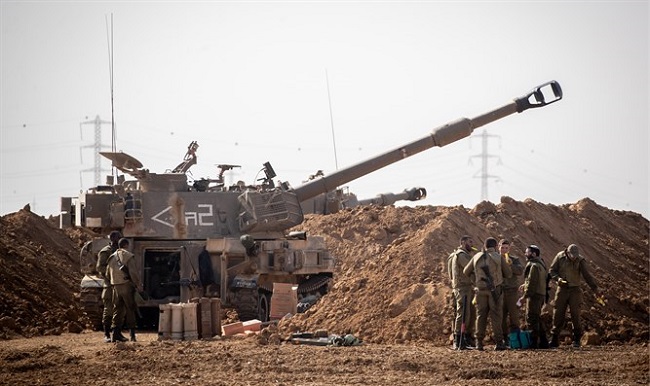 Baha Abu Al-Ata, a senior commander of Palestinian Islamic Jihad, was planning a new horrendous attack on Israel that would have caused death or harm to too many Israelis to even contemplate.

The IDF and Shin Bet were aware of the very credible threat this mastermind of hundreds of terror attacks in the past posed, and that the attack was imminent.

Working together, Shin Bet and the IDF conducted a precision strike on Al-Ata’s home, which targeted him in his bedroom.

In violent retaliation, Islamic Jihad, which is of course supported by Iran, has fired as of this writing, at least 400 rockets indiscriminately into Israel. They have primarily landed in the South, and Iron Dome has been able to intercept many of them, but they have caused serious damage and injury to Israel’s civilian population.

In self defense, Israel reacted by taking out weapons manufacturing facilities and at least one terror tunnel in Gaza.

There have been, as of midday yesterday, 24 deaths in Gaza – 20 of them were Islamic Jihad terrorists.

Hamas is now being goaded to get into the action which could escalate things dramatically.

Life in Israel was disrupted this week, from the South all the way to Tel Aviv, with schools and businesses closed. The rocket attacks began Tuesday morning in the South and continued through yesterday – all night and day – reaching not only the Gaza envelope but further North into Israel. Though a ceasefire was reached yesterday, Red Alerts are still registering. Israelis have endured damage not only to property but to people’s physical well-being. The emotional trauma this has caused Israeli adults and their children cannot be measured.

Early this morning, an Egyptian source reported a ceasefire agreement had been reached between Israel and the Islamic Jihad and that it took effect as of 5:30 am. There is no official confirmation yet. In this morning’s post “ceasefire” rocket attack, the head of a rocket fired by Gazan terrorists landed in a nursery school in Netivot. And yes, there were kids there at the time.

The fact that no Israelis have been killed over the course of this latest attack is a miracle and we are grateful. The restraint shown by the Israelis is a marvel and we continue to support their absolute right, in fact their obligation, to defend their land and their people.