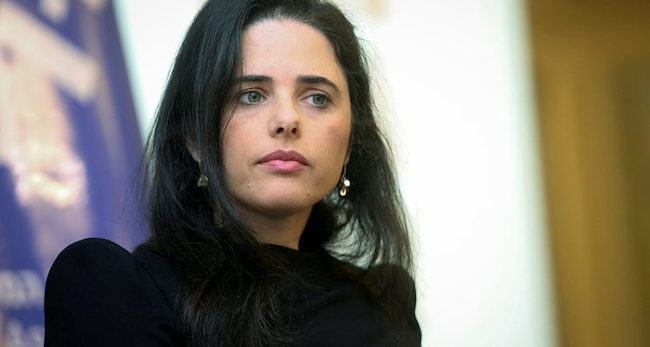 Interior Minister Ayelet Shaked intends to bring the amendment to the Citizenship Law for approval by the Knesset this week, two weeks after it was approved by the Ministerial Committee for Legislation.

The purpose of the Family Reunification Law is to curb the flow of Arab families from the Palestinian Authority into Israel proper, by maintaining the status quo and state security.

The failure to pass the Citizenship Law back in July was one of the first failures of Prime Minister Naftali Bennett’s coalition. The Opposition and the ruling coalition must come together to work for the sake of the security of the Jewish Nation State, not to mention, for the good of the citizens of Israel and the country overall. If petty politics continue to take preference, Israel’s security is at risk and that is deeply concerning.

The Citizenship Law was intended to strengthen Israel’s security, not burden it. A version written by MK Simcha Rotman who sits in the Religious Zionist appears to have the support of the majority coalition. It puts a cap on the number of citizenship requests that are approved and makes the process more transparent. We pray that the Citizenship Law will be pass as soon as possible.

Source:
Tensions in coalition as Knesset to vote on Citizenship Law, by Israel National News, January 23, 2022