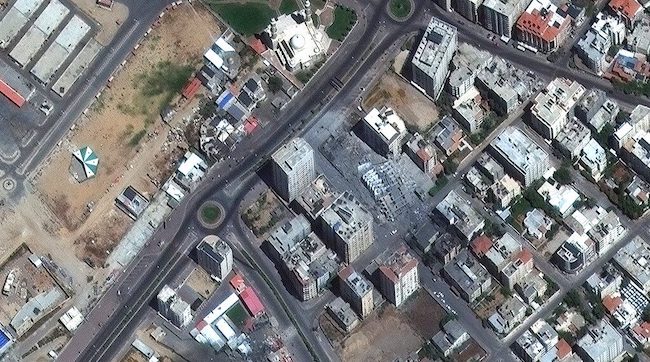 Israel uses phone calls and roof-knock munitions to evacuate Gazans ahead of airstrikes. “We select warheads with the necessary lethality to hit those who need to be hit and to reduce the impact on others,” Israeli official explains.

The building watchman spoke on his mobile intently, pacing up and down a quiet street in the Gaza Strip. In video footage caught by an onlooker, Jamal Nasman showed no panic. Yet what he was hearing was deadly serious.

He later told Reuters an Israeli officer had been giving him advance warning that the 13-story block he looked after would be the target of an airstrike. Israel said Hamas terrorists used the building.

Amid the fiercest escalation in fighting between Israelis and Palestinians since 2014, this is what Nasman said in last Tuesday’s call: “How much time do you want?” Nasman stops to listen. “Two or three hours? You said two or three hours, and then no one should be there?” Pause. “So I’ll go to the block and say no one should come?”

This is what the majority of the pathetic media refuses to tell you. They only report on Israel as the “apartheid’ state, the “aggressor,” the targeted “killer of the Palestinian people.” Let’s not forget that a certain percentage of anti-Semitic, Israel hating Democrats in Congress believe this garbage too. Thankfully, we know better.

Source:
How Israel moves Gazan civilians out of the way of attacks on Hamas, by Reuters and ILH Staff/Israel Hayom, May 14, 2021