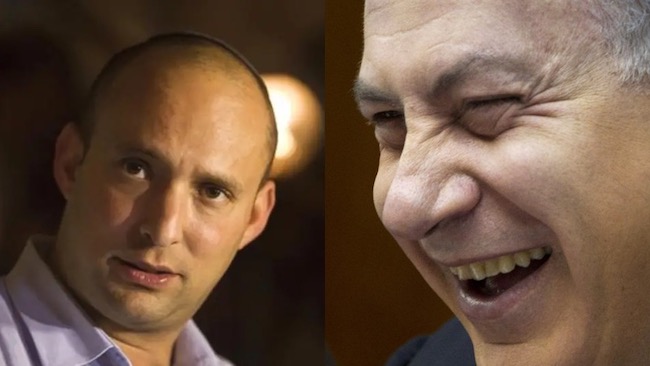 MK Ghaida Rinawie Zoabi (Meretz) penned a letter to Foreign Minister Yair Lapid (Yesh Atid) Thursday afternoon, informing him that she plans on leaving the coalition, and will not be serving as consul-general to Shanghai.

She called the past month “insufferable,” citing recent clashes between Palestinians and police on the Temple Mount in Jerusalem and the death of an Al Jazeera reporter during a firefight between Palestinian gunmen and Israeli troops in Jenin. Zoabi stated that she cannot be a part of a government “…that in this shameful manner harasses the society I come from.”

We find her reasons for exiting the coalition a denial of truth and her need to save face. If Zoabi was really concerned for her people she would stay in the coalition and work to make things better. That is, of course, unless she is unable to face the truth about who is to blame for all the recent events that she cited.

We said that the collapse of this coalition was inevitable, although of course we realize that she may still vote with the coalition which further complicates matters. In any event, this ongoing political challenge leaves the country’s ability to move forward hanging in the balance. Our thoughts and prayers are with the Israeli people as they continue to work toward overcoming this tremendous political deadlock. If a new election must be held it is our hope that the right candidate wins this time. Someone who will not sell-out the country. Someone who can not only reverse the damage done by this coalition but finally brings about long-awaited progress toward applying Sovereignty throughout Judea and Samaria.

Sources:
Opposition celebrates as coalition becomes minority: ‘No right to exist’, by TOI Staff, May 19, 2022

Meretz rebel said to indicate she doesn’t plan to bring down government, by TOI Staff, May 19, 2022