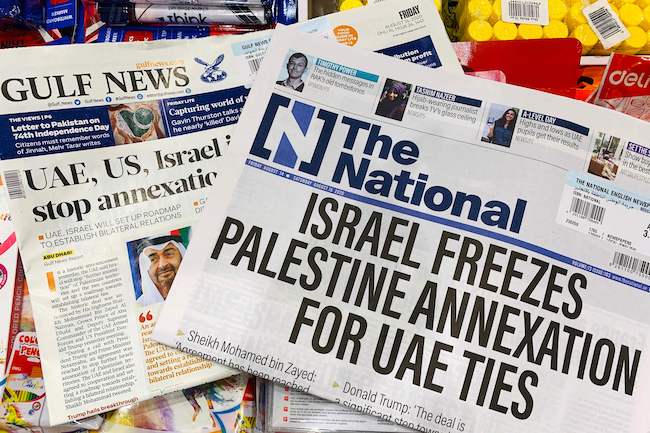 The United Arab Emirates cannot have it both ways: Reconcile with the Jews and fund incitement against the Jews.

At the same time, UAE pours $51 million per year, with no strings attached, into the UN Relief and Works Agency budget.

This makes the UAE the fifth-largest contributor to UNRWA in the world, and the largest donor to UNRWA among the Arab nations. Indeed, UAE has quadrupled its donation to UNRWA. (In 2017, UAE donated $12 million to UNRWA.)

On August 8, the new school year began for the 288 UNRWA schools in Gaza. That was the day that Gazans resumed their campaign of launching firebombs over southern Israel, using UNRWA schools as their collective protective shields.

As long as hatred and delegitmization of Israel continues to be taught in UNRWA schools, generations of Arab children cannot be raised to understand nor look forward to a true and lasting peace.