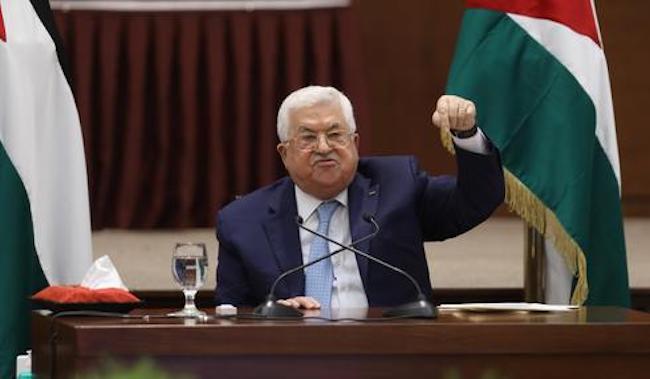 A three-judge panel that comprises the International Criminal Court’s (ICC) pretrial chamber has requested clarification from the PA over President Mahmoud Abbas’ statement regarding the termination of all agreements with Israel.

The justices are attempting to find out whether Abbas’ remarks apply to the Oslo Accords – signed in 1993 and 1995 – which helped establish the Palestinian Authority as an entity. Ramallah’s deadline to respond is June 10.

Abbas’ explosive response, emitted in a fit of pique regarding Israel’s rightful push to declare Sovereignty over Judea and Samaria, may have put the PA in somewhat of a bind.

“If it renounces the agreement that for the first time granted it autonomy in the areas it claims for its state, and thus hands the keys back to Israel, how can it argue that Palestine is a sovereign state that can transfer jurisdiction to The Hague for a war crimes investigation?” an Israeli official noted.