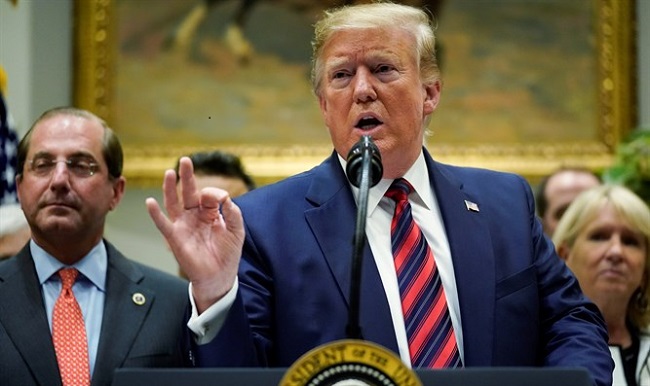 President Donald Trump excoriated several unnamed Democratic lawmakers, calling on them to apologize to the US, to Israel, and to the “office of the presidency.”

Trump stated in a tweet on Monday, “When will the Radical Left Congresswomen apologize to our Country, the people of Israel and even to the Office of the President, for the foul language they have used, and the terrible things they have said. So many people are angry at them & their horrible & disgusting actions!”

Thank you @realDonaldTrump for standing up for Israel!!