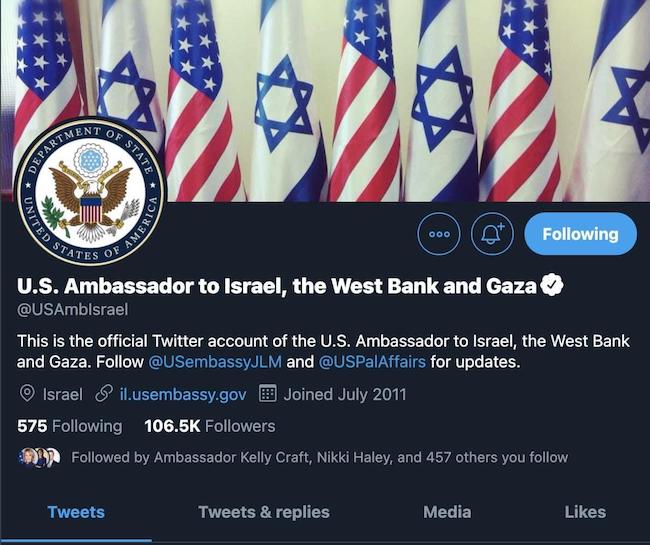 Change occurred after Trump Ambassador David Friedman relinquished account, but was swiftly reversed; spokesman says it was not indicative of policy shift.

What was the rush to change the name of this Twitter account? Biden is touted as having a 40 year friendship with Israel. It’s time to educate Mr. Biden on the truth about Israel.

But don’t worry, less than two hours after the name was first changed, the embassy account dropped West Bank and Gaza from its name after a flurry of criticism erupted.