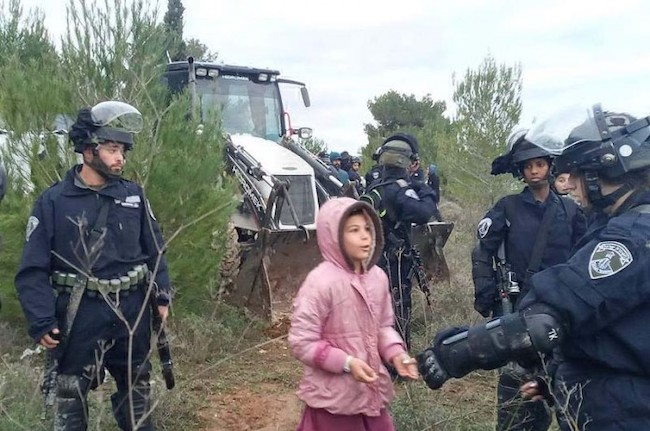 On Tuesday morning, large police forces arrived at Homesh and disconnected and sabotaged the electrical system of the Homesh Yeshiva. They demolished structures and tents of families who came to strengthen and support the people of Homesh.

Samaria Council head, Yossi Dagan, sharply attacked the government: “The Israeli government has lost its compass. There’s never been such a thing. This is the first time that instead of fighting the terrorists, the government’s response on the ground is to fight the victims, to fight the settlement enterprise. The responsibility for the destruction lies first and foremost with Prime Minister Naftali Bennett.

The Homesh yeshiva issued a statement: “Some people think that the murder of Yehuda Dimentman is a good opportunity to reward terrorism and innovate and implement the disengagement plan again. We call on the public to continue to come and support us, strengthen our hold on Homesh, and thus prevent the destruction of the yeshiva!”

Note to our readers: As mentioned in our December 23 newsletter, AFSI has been in touch with the Yeshiva in Homesh and in the coming weeks we will have information on how you can help them. Stay tuned.