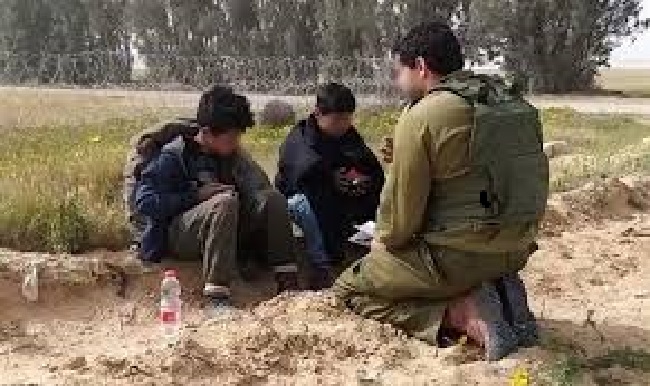 Late Saturday night five rockets launched from Gaza fell into open territory in the Eshkol region. In response to the rocket attacks, the IDF struck several terror targets in Gaza belonging to Hamas. The Eshkol Council spokesperson reported that there were no injuries or damages.

Earlier in the day thousands of Gazans rioted to mark “Land Day” and the first anniversary of the March of Return weekly protests. IDF Spokesperson Brig.-Gen. Ronen Manelis reported that Hamas’s control of the situation had a major impact on the low level of violence and did not turn out as the military expected. The IDF employed the use of crowd dispersal methods, including live fire and tear gas, to keep rioters away from the fence.

Go home! Two children infiltrated Israel armed with a knife. An IDF soldier gave them water and sent them back to their parents. Let this be a reminder to the world about the compassion Israel DOES SHOW as it exercises every right to defend itself from terror.