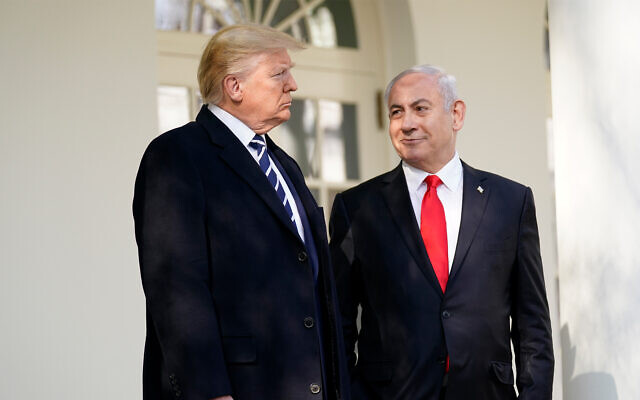 Prime Minister Benjamin Netanyahu praised US President Donald Trump’s administration for its Middle East policies on Thursday, as the American leader faced widespread criticism at home after hundreds of his supporters stormed the Capitol building the day before.

“I want to thank President Trump and all of you in the administration for all you have done and are doing for peace. You’ve made a real difference, achieving one breakthrough after another, bringing the United Arab Emirates, Bahrain, Morocco and Sudan into the circle of peace. I have no doubt that more Arab and Muslim countries will follow,” Netanyahu said.

However, concern about a new administration re-entering the Iran deal weighs heavy on the Prime Minister’s mind. “If we just go back to the JCPOA, what will happen and may already be happening is that many other countries in the Middle East will rush to arm themselves with nuclear weapons. That is a nightmare and that is folly. It should not happen,” Netanyahu said.