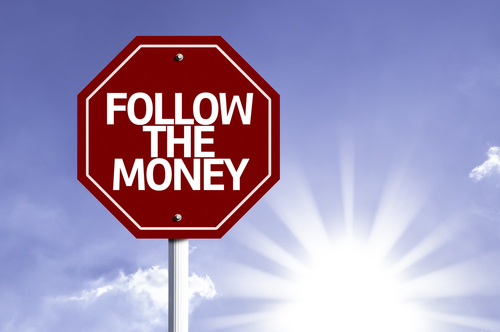 Former PA Terror Member Speaks
A dramatic letter written by a former terrorist who is running for president of the Palestinian Authority reveals the extent to which the budgets funneled to the PA from Israel and the world fuel death and terror. The time has come for the world to take notice.

Much is said about the huge sums the world pours into the Palestinian Authority and what happens to them after they get there. The reports have prompted a number of European countries to considerably reduce their aid to the PA, and the Trump administration stopped it almost completely. We also hear from time to time from the Palestinian in the street about the corruption in the PA: he is well aware that these monies disappear without improving his life in any way.

A former terrorist who is now a candidate in the upcoming PA presidential elections recently wrote about the PA’s misuse of international aid. His words are addressed mainly to two audiences—the Israeli government and the countries that contribute to the PA:

My name is Muhammad Aref Massad [and I am] from the village of Burqin, Jenin District, Palestine. I was born in 1975. I was recruited to the terror organizations when I was 13, and I fought boldly against the Israeli side, but to my sorrow I discovered that the Palestinian leaders do not want freedom and do not want peace because they profit from the war and destruction in which we are engulfed. The greater the number of fatalities among our people, the more attention they get from the free and good people in the world, and the world gives them large quantities of aid each time the pictures of destruction in our land are published worldwide.

Hamas in Turkey sent merchandise to its operators in Judea and Samaria, who sold the commodities and used the proceeds to develop their terrorist infrastructure.

Minister of Defense Benny Gantz signed an order for the seizure of goods worth hundreds of thousands of shekels that were transferred by commercial companies under the guise of legal trade.

The incident in question reportedly took place when Odeh visited Paris, France, in March 2018, to attend a conference organized by the United Nations Educational, Scientific, and Cultural Organization.

A source privy to the meeting in Paris told Channel 20 that “Khuri funds various expenses MK Odeh has as the head of an Arab party. … The funds were given to Odeh with the knowledge and approval of Abu Mazen,” the source added, using the name by which Palestinian Authority President Mahmoud Abbas commonly goes in Arab circles.

“Abu Mazen saw Odeh as having the power to change the political map. The funds are meant to cover Odeh’s personal expenses ahead of the elections in Israel.”