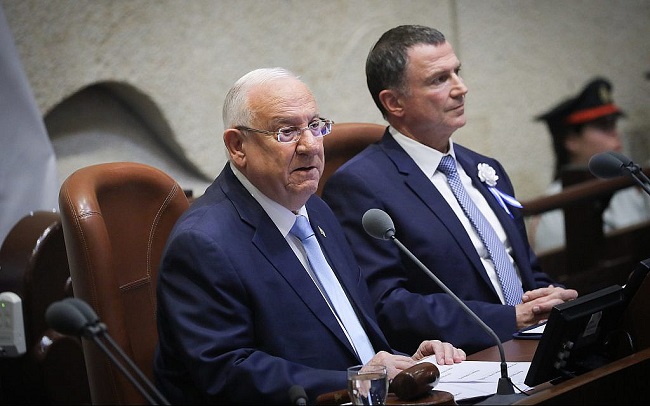 President Reuven Rivlin spoke today at the inaugural meeting of Israel’s 22nd Knesset. One of his key points was focused on the need to form a government. Without it, Israel remains in crisis.

Rivlin drew a historical comparison between yesterday and today. He pointed out that, in his day, President Chaim Herzog felt he too had limited power when he tried to intervene to help form a national unity government.

“My power, too, is limited. I have nothing but words. I can only suggest, and perhaps try to build bridges. I also do not know whether I am the most appropriate mediator. But I know this – we are facing a time of crisis for the House of Jacob, an emergency for Israel’s security and for Israeli society, an emergency for Israeli democracy: all that is dear to us,” stated President Rivlin.