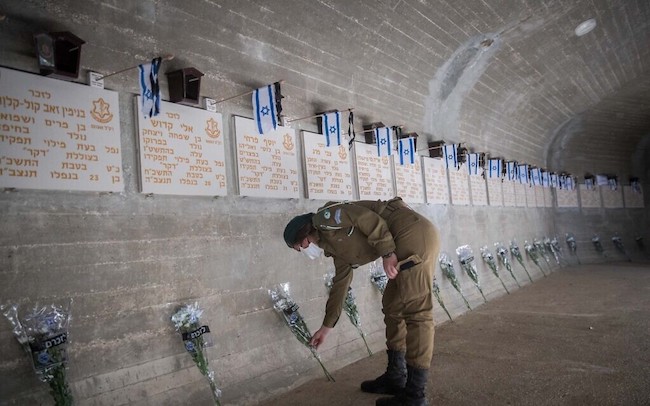 Tonight in Israel the entire country came to a standstill and bowed their heads to observe a moment of silence, as it has done every year to mark its most solemn occasion. Israelis remember the 23,816 fallen soldiers and heroes of the Jewish Nation State.

A siren sounded at 8:00 pm to mark the official start of Israel’s Memorial Day. This somber minute of silence was followed by an official ceremony at the Kotel, which was attended by President Reuven Rivlin and IDF chief of staff. The difference this year is that there wasn’t anyone in the audience.

But one thing remains the same and that is Israel’s resilience and right to exist as a Sovereign nation. It is only by sole exclusive Israeli rule – and only Israeli rule – between the Mediterranean sea and the Jordan River – that true security, peace and stability will remain stable and lasting for Israel.

As soon as Yom HaZikaron comes to a close on Tuesday evening, the celebration for Yom HaAtzmaut – Israel’s Independence Day, begins. The message of linking these two holidays is clear: Israelis owe their independence — the very existence of the state — to the soldiers who sacrificed their lives for it.