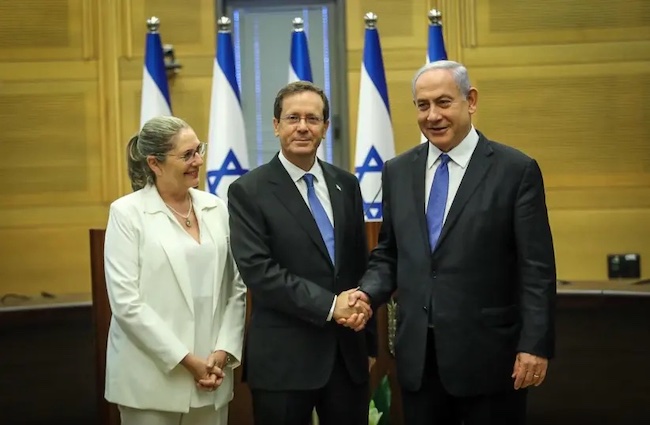 Isaac Herzog, the chairman of the Jewish Agency and former chief of Israel’s Labor Party, was elected President of Israel Wednesday. Herzog is the son of Israel’s Sixth President, Chaim Herzog.

Opposition Leader Yair Lapid congratulated Herzog in a statement shortly after the results were released. “I congratulate my friend, Isaac ‘Bougie’ Herzog on his election as President of the State of Israel. A worthy and wonderful man who is always focused on the good of the country and the Jewish people. Good luck Mr. President!”

AFSI sends its best wishes and hatzlacha to Isaac Herzog on his election as President of the State of Israel. We look forward to his service to the Jewish people and to the new paths he will forge between Israel and the Diaspora. We are confident his tenure will also lead Israel to continued prosperity and development for the next generation.