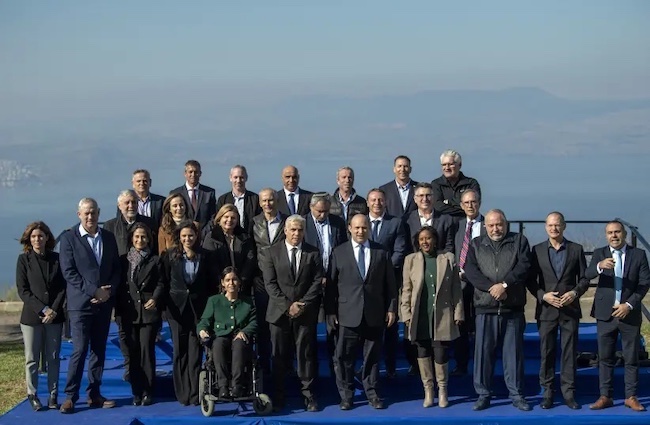 The Israeli government approved a NIS 1 billion plan to develop the Golan Heights. The plan will at least double its Jewish population and allow for the creation of two new towns in the region.

The plan will upgrade infrastructure, establish new localities and neighborhoods, and develop 2,000 jobs. The two new localities will be called “Asif” and “Matar”, each of which will include about 2,000 housing units. Also invested will be 160 million shekels in transportation infrastructure. In addition, the emergency medicine system will be upgraded and extensive investment in education and tourism will be promoted.

“We are making history in the Golan,” Prime Minister Naftali Bennett tweeted in advance of the vote at a special meeting at Kibbutz Mevo Hamma in the Golan Heights.

AFSI is pleased to report on this positive development for Israel. In contrast to his recent appeasement of the Arabs, Bennett’s government has now made the need to invest and develop the Golan a “top priority for Zionism.” It also solidifies Israel’s position that the Golan will forever belong to Israel and the Israeli people.

Government to approve plan for development of the Golan, by Hezki Baruch/Israel National News, December 26, 2021

The right and left are in consensus about the Golan, by Prime Minister Naftali Bennett/Israel Hayom, December 24, 2021