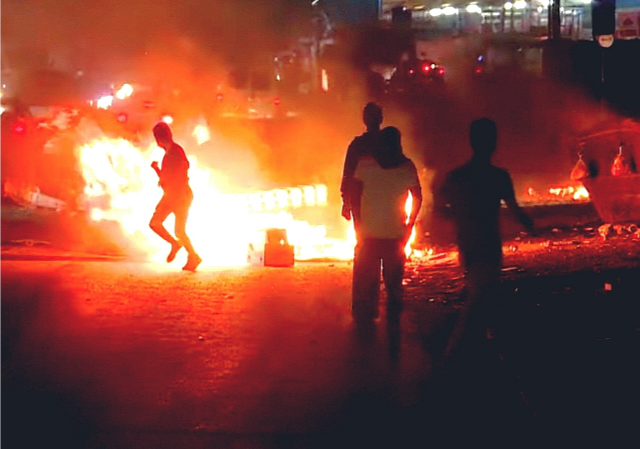 Six Jews from Lod have had their licensed personal sidearms confiscated by police recently, for no clear reason, according to a report in Makor Rishon.

The citizens were asked to come down to the police station to deposit their guns and were told the guns would remain there for around a month. After inquiring, some of them were told it was part of a murder investigation.

The residents said they hope this isn’t the beginning of a quiet attempt by police to disarm the Jewish citizens of Lod, or that it was based on false accusations by their Arab neighbors.

In response to the report, the police stated the confiscation is part of an investigation and they can’t provide any more details.

MK Bezalel Smotrich tweeted in response, “Once again, the Israeli police have abandoned the residents of Lod and are preventing them from defending themselves against riots and nationalist violence like the one we saw only three months ago. It is not a matter of luxury – the weapon is completely legal, and is in their hands according to law. immediately!”

MK Itamar Ben Gvir, responded: “We have reached the height of the absurdity of the failure and laxity police. The police have failed to protect the residents of Lod and now also want to take from them the last line of defense left to protect their lives. This is instead of confiscating the tens of thousands of illegal weapons that roam the area. The commissioner responsible for failure and default must lay down the keys and go home before there is any discrimination here.”

The residents of Lod were subject to a pogrom several months ago and there is no excuse for leaving them unable to defend themselves now.