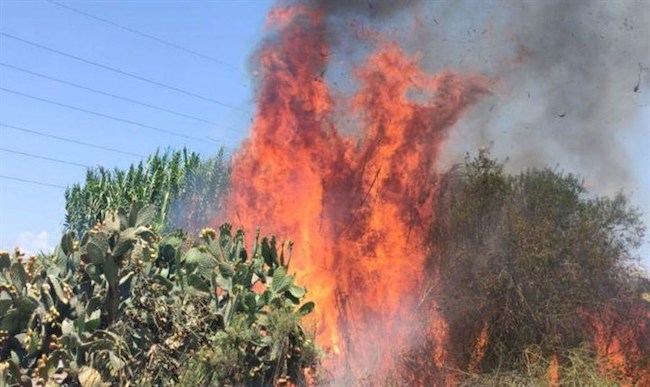 In response to the launching of explosive-laden balloons into Israel on Sunday, Israeli warplanes, tanks and drones attacked Hamas targets in the Gaza Strip before dawn on Monday.

The Israel Defense Forces said it attacked “military posts and underground infrastructure of the Hamas terror group in southern Gaza.”

Four days ago one Sderot home was severely damaged. Last week on Friday morning, the IDF carried out airstrikes on the Gaza Strip for the third time since Thursday in response to multiple rockets launched from Gaza overnight as well the continuous launching of incendiary balloons from the Strip over the past two weeks.

Thankfully there were no human casualties during these ongoing terror attacks against Israel but the devastation to land has been enormous.The Magen David Adom rescue service did treat three people for anxiety attacks. This has become a routine and almost expected part of daily life for the people of Israel’s Jewish communities in the south but is something that no one could or should ever have to live with.