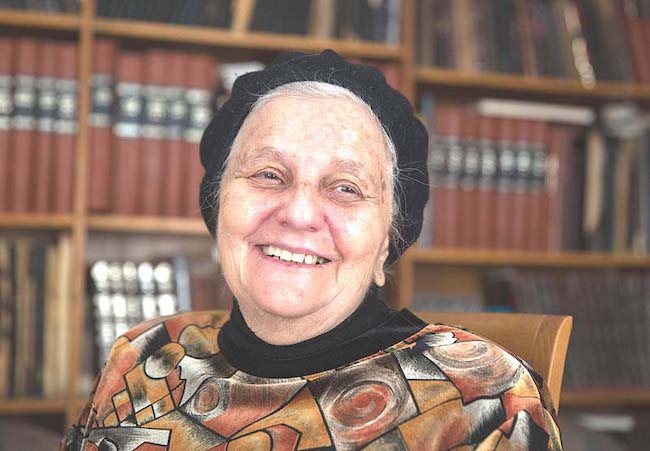 Miriam Levinger, 83, who together with her husband Moshe, personally led the Jews back to Hebron after the 1967 Six Day War, passed away in the aftermath of the Yom Kippur holiday and was buried Tuesday.

“Miriam dedicated her life, out of great devotion, to the settlement of the Land of Israel and to the love of the people of Israel. We will always remember her as a symbol and example of Zionism and pioneering,” Prime Minister Benjamin Netanyahu tweeted.

The Sovereignty Movement commented that Rabbanit Levinger was “…the beating heart of the settlement movement from its inception, a courageous and fearless fighter for the Land of Israel, the People of Israel and the Torah of Israel.”

May the family be comforted among all the mourners of Zion and Jerusalem. May they know no more sorrow.