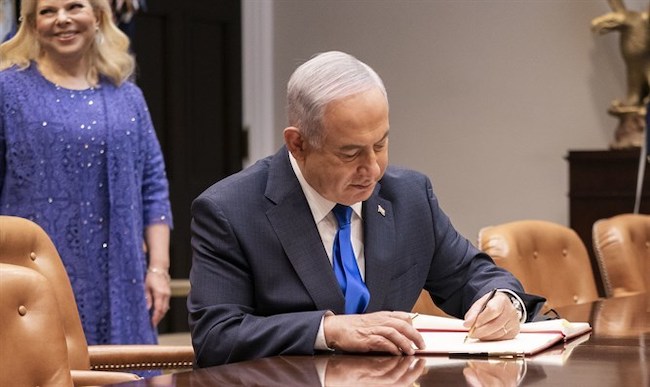 Prime Minister Binyamin Netanyahu last Thursday evening ordered a meeting to be held immediately after Simchat Torah of the Supreme Planning Council of the Civil Administration, with the aim of approving extensive construction in Judea and Samaria.

Arutz Sheva has learned that Netanyahu has approved the promotion of more than 5,000 housing units in dozens of localities, after freezing construction planning in Judea and Samaria since last February so as not to jeopardize the peace agreements with the United Arab Emirates and Bahrain.

Head of the Samaria Regional Council, Yossi Dagan, said that “Netanyahu’s test is in issuing the building permits in Judea and Samaria. The people of Israel expect full sovereignty to be applied as promised by the prime minister in three consecutive elections, but while sovereignty is not applied, a national government should take steps to strengthen settlement and prove that the national government is committed to Israel and to settlement in Judea and Samaria.”

The approval of “extensive construction in Judea and Samaria” is music to our ears. AFSI looks forward to a vote to proceed by the Supreme Planning Council of the Civil Administration. It is our hope that the application of Sovereignty is not far behind.