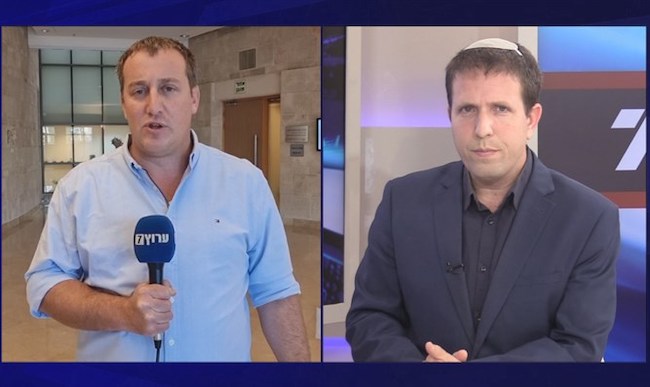 With the Knesset debating what is known as the “Electricity Law,” Arutz Sheva spoke to Meir Deutsch, CEO of Regavim, who attended the committee hearing on the issue.

When asked if the “Electricity Law” will apply to Jewish non-official communities, Deutsch says that as it stands it will not. “As of today, this law will not be implemented in Judea and Samaria for no good reason. There is no reason illegal structures built by Arabs will be connected to the electricity while Jewish structures built illegally will not be able to connect to electricity.”

Lack of electricity is not the only issue that communities in Judea and Samaria face. Water is another basic need that is also being ignored by the government, states Nitzan Zoran, a resident of Mitzpe Abigail on Mount Hebron. Nitzan says, “Each day we are confronted with a different challenge – one day a power outage, one day a shortage of water, trouble from the sewage pipes and more.”

It was AFSI’s hope to be able to report on better things coming from Prime Minister Bennett’s government. This is another example of how Prime Minister Bennett is ignoring – and totally forgetting – basic rights for Jews living on legally owned Jewish land. By doing so, the Bennett coalition continues to put Jews in harm’s way as it increases benefits to and builds up illegal PA developments throughout Judea and Samaria. It also bolsters the PA’s continued efforts to demonize and delegitimize Israel. Remind us again…who is the Israeli government supposed to be working for?

Sources:
The ‘Electricity Law’ is not for Jews?, by Yoni Kempinski/Arutz Sheva, November 16, 2021

Resident of Abigail settlement: We have no water, by Arutz Sheva Staff, November 16, 2021