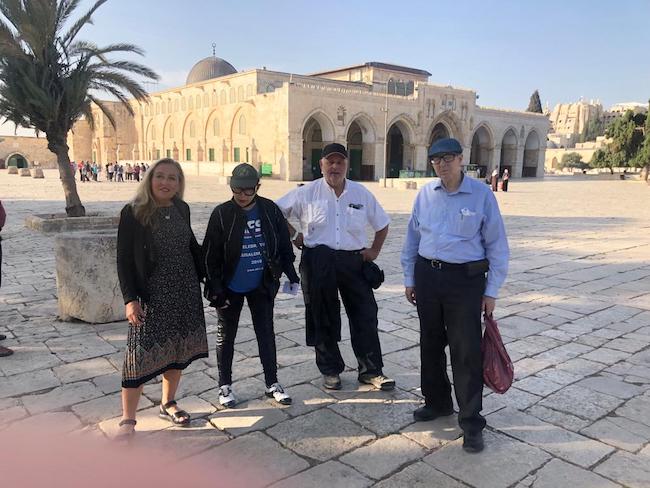 Responding to aggressive lobbying by the Beyadenu movement, the Knesset Education Committee on Tuesday debated the place of the Temple Mount in the country’s education system.

In 2018 Tom Nisani, together with Ofir Dayan, led Students For the Temple Mount. Today, Nisani heads Beyadenu, which is funded by The Israel Independence Fund. Beyadenu means “In Our Hands” – a reference to the immortal declaration “The Temple Mount is in our hands!” That phrase was uttered in June 1967 by Mordechai “Motta” Gur, commander of the paratroopers who liberated the Temple Mount.

Coalition and opposition MKs alike agreed that the Israeli education system is failing to convey information about the Temple Mount to students.

Committee Chairwoman MK Sharren Haskel (New Hope) said that the education system does not mention the existence of the Temple Mount in a national and religious context, despite being one of the most important places for the Jewish People.

Former MK and Temple Mount activist Yehuda Glick participated in the Knesset Education Committee’s discussion: “We as Jews should make it clear that this is our center and the desire of the Jewish people and therefore every student, soldier and citizen must visit there. The Education Minister should recommend it and every parent should decide for his child. We have failed educationally because we have taken that value out of its place and must return it to the place it deserves,” Glick concluded.

Thankfully, the committee determined that the study of the Temple Mount and the Temple as a holy place for the Jewish people should be included in the curriculum for History matriculation examinations.

AFSI is encouraged by the committee’s decision that teaching about the Temple Mount must have a regular place in Israeli schools. With the Bennett government doing so much to appease the Arabs, Israel needs its youth to be educated on the truth about Israel and its glorious history. It is one of the primary things that can combat poor decisions affecting Israel’s Sovereignty.

AFSI visits the Temple Mount on every Chizuk Mission.