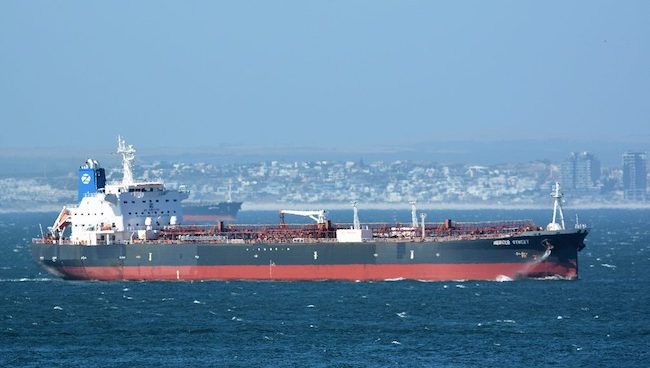 Prime Minister Naftali Bennett blasted Iran’s “cowardly” denial of involvement in an attack on a ship that claimed two lives, warning that Israel knows how to deal with the aggression. The attack took place off the coast of Oman.

“In recent days, the world has received another reminder of Iranian aggression, this time at sea, Prime Minister Naftali Bennett said in a statement regarding the maritime attack on a ship linked to an Israeli billionaire on Friday.

“I state here absolutely: Iran is the one that carried out the attack on the ship,” Bennett stated Sunday at the weekly security cabinet meeting.

He added, “The Iranians, who attacked the ship Mercer Street with unmanned aircraft, aimed to hit an Israeli target. Instead, their pirate act resulted in the deaths of a British citizen and a Romanian citizen, Bennett said, adding his condolences to the families of the victims. Iran, in a cowardly way, is trying to evade its responsibility for the incident, they deny it. So, I state here absolutely: Iran is the one that carried out the attack against the ship.”

Bennett warned, “The intelligence evidence for this exists and we expect the international system to make it clear to the Iranian regime that they have made a grave mistake. In any case, we know how to convey the message to Iran in our own way.”

Source:
We will respond ‘in our own way,’ Bennett warns Iran after attack on Israel-linked ship, by World Israel News Staff, August 1, 2021