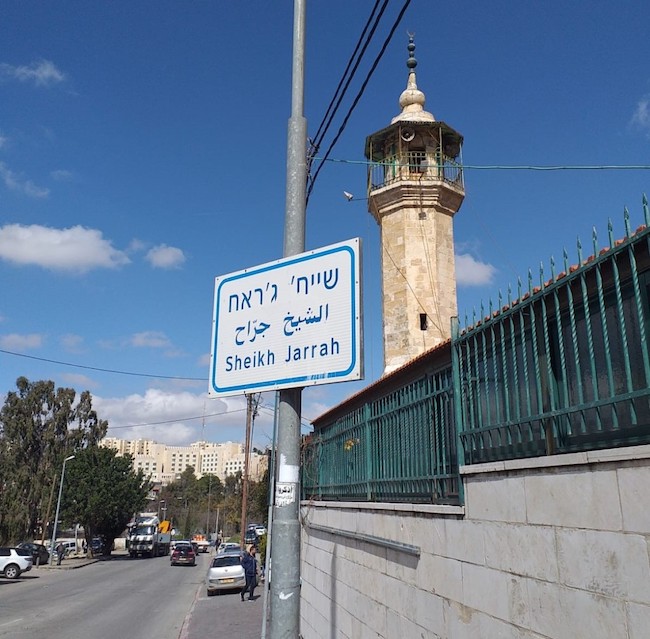 The Supreme Court on Monday will hear the appeals of Arab families from the Sheikh Jarrah neighborhood in eastern Jerusalem who are facing eviction from their homes. The families petitioned for permission to appeal the district court’s decision ordering their removal. If the petition is rejected and the Arab residents are unable to appeal, their eviction will get the green light to go ahead.

In the 1950s and ’60s, King Hussein of Jordan plied the Arabs of Judea, Samaria, and Jerusalem under his rule with real estate to maintain their loyalty to the crown. Among those properties were those vacated Jewish homes in Sheikh Jarrah.

In 1967, Israel liberated the eastern part of Jerusalem. Israeli law is very clear regarding allowing Jews to ask for and receive homes they had been removed from in what was briefly known as the “west bank.”

As of this morning, the court was weighing a last-ditch appeal from the residents. The court suggested a compromise that would give them “protected” status. The deal would protect them from eviction for many years while paying a nominal rent, but leave the question of legal ownership unanswered, said Ahmad Amara, a consultant to the residents’ legal team.

We pray the Supreme Court will do the right thing, the legal thing, and follow Israeli law. To do otherwise betrays the victory that Jews fought and died for.

Israel’s High Court Floats Proposal To Solve The Flash Point That Sparked War In Gaza, by the Associated Press, August 2, 2021