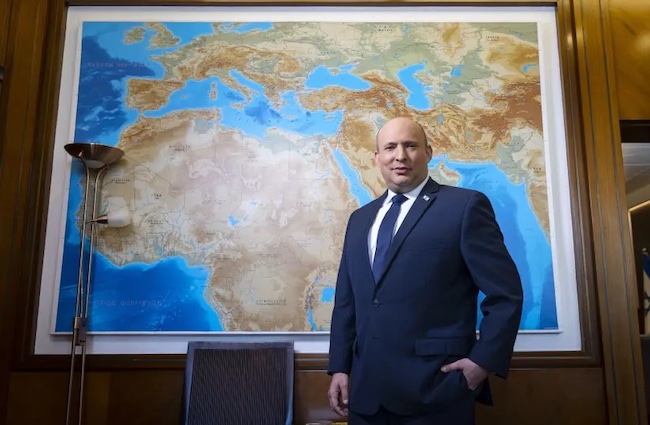 The Iran nuclear deal that world powers are negotiating in Vienna will make it harder to stave off a nuclear Iran, Prime Minister Naftali Bennett warned at the opening of Sunday’s cabinet meeting. “Foremost among the threats to the State of Israel is Iran,” Bennett said. “We, as the cabinet, are responsible for taking on the Iranian nuclear [threat], and are closely following what is happening in the talks in Vienna.”

Bennett’s remarks came as Israeli officials are concerned that the renewed deal with Iran will maintain the regime’s time to nuclear breakout at less than six months. One of the flagship goals of the JCPOA in 2015 was to keep Iran a year away from nuclear breakout. Former Secretary of State Mike Pompeo has a true understanding of the Middle East mentality and knows what a danger this will be to both Israel and the US.

AFSI commends Prime Minister Bennett for his consistently strong stance working to prevent Iran from obtaining nuclear weapons. However, we question why in his recent conversation with Biden, Bennett did not initiate a stronger conversation. There was praise for the US strike on ISIS. Bennett and Biden also discussed the growing Iranian aggression, and the steps to block the Iranian nuclear program. The situation between Russia and Ukraine also came up. However, there were no reports of pressure on the US to dismiss any idea of removing sanctions on Iran which it appears poised to do. We pray that the dangerous position that the United States persists in taking will turn-around. It is foolish to give Iran something for nothing and that’s what appears to be on the agenda.