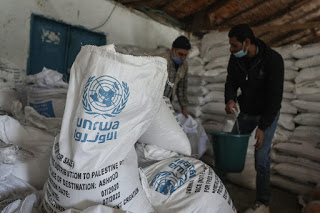 UNRWA spokesman Sami Masha’a announced that the UAE has slashed its annual payments to UNRWA from $51.8 million in 2019 to only $1 million in 2020. That’s a reduction of over 98%.

Palestinian media is claiming that this came as a result of pressure from the Trump administration. Perhaps, but the Abraham Accords were announced in August and the UAE didn’t pay anything beyond the token amount all year.

How is it the Arab world isn’t funding UNRWA the way other countries are? Maybe they know UNRWA needs a house cleaning and numbers audit.