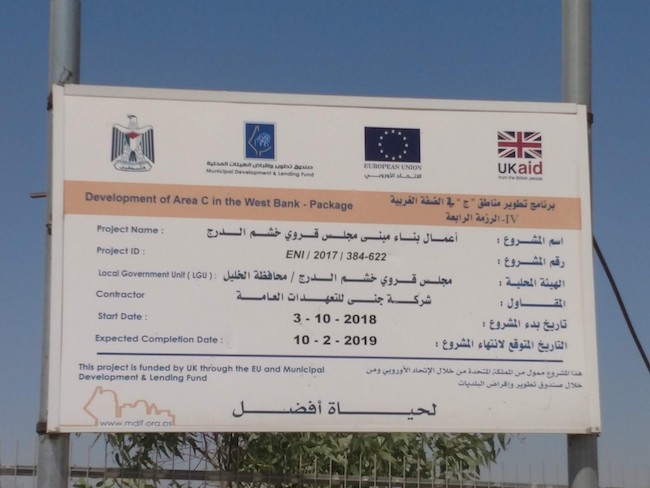 Regavim stated in press release on Tuesday, “By funding construction and infrastructure projects that neither apply for nor receive permits from the Israeli Civil Administration – as required by international law and as stipulated in the Oslo Accords, to which the EU is a signatory – these “humanitarian” projects are nothing more than illegal land-grabs that target strategic areas of Judea and Samaria.”

“Oddly, the EU and its member states don’t find the housing, education, employment, water infrastructure or electricity grid in Areas A and B, the areas of Judea and Samaria under Palestinian Authority jurisdiction, worthy of similar investment,” Regavim’s Director General, Meir Deutsch pointed out.

As the EU and its cronies continue on their path to delegitimize the State of Israel, AFSI calls on Prime Minister Benajmin Netanyahu to declare SOVEREIGNTY NOW!

The European Union, Denmark and Palestinian Authority launch the agreement to build 16 new social and public infrastructure projects in Area C, by Shadi Othman and Inas Abu Shirbi. The Office of the European Union Representative – July 14, 2020